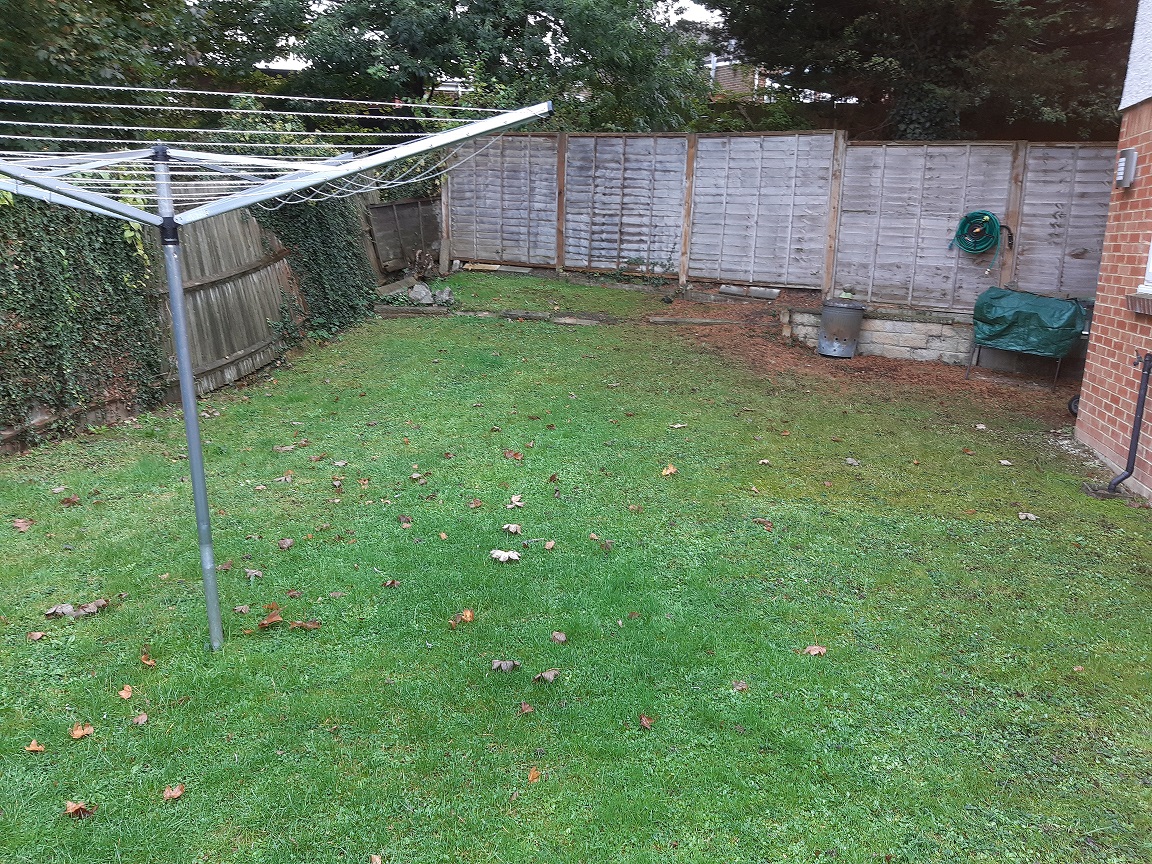 The owners of this north-facing garden had got the inside of their house sorted but the garden was in dire need of doing-up.

The brief was to create some small planting areas but primarily they wanted areas to relax in and entertain.

The different levels were also causing problems as well as the sunlight only hitting certain parts of the garden. 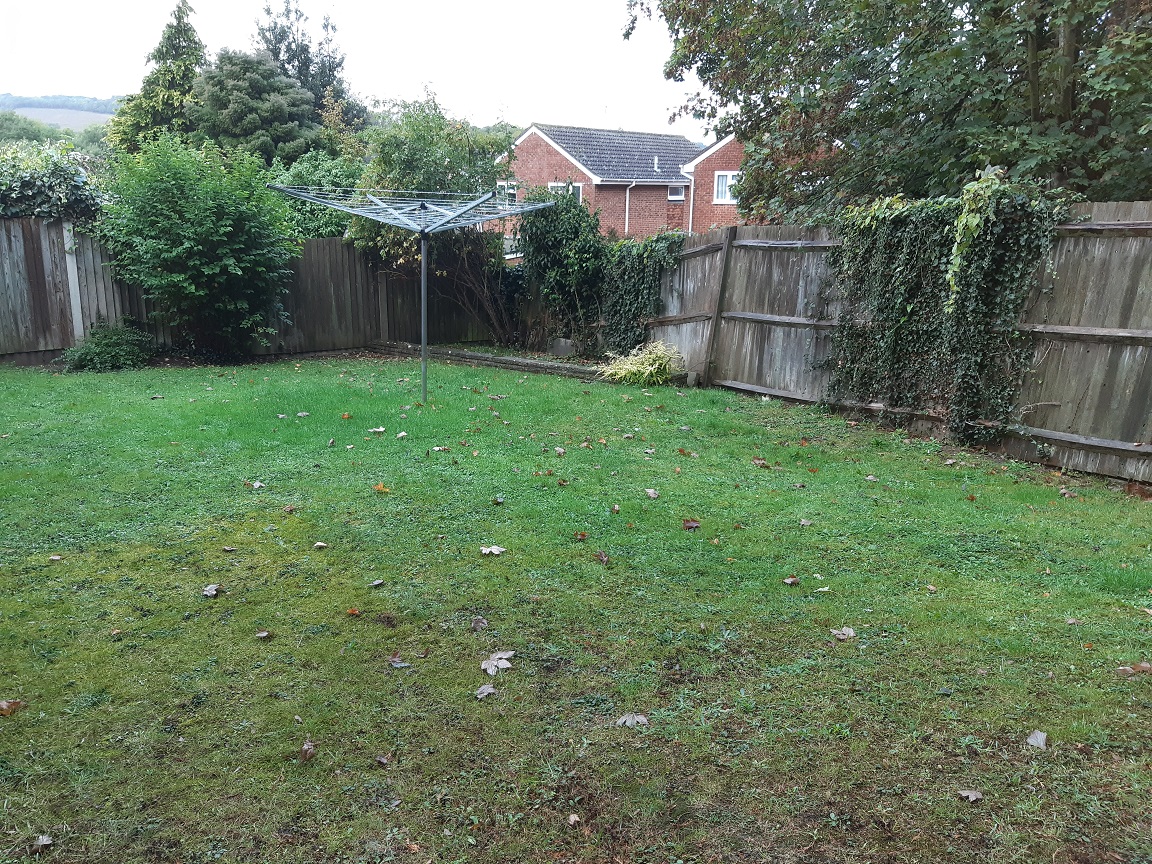 The fence was mainly falling apart with some of it being held up by the ivy.

The ground sloped up left to right and also sloped down away from the house.

The challenge was to deal with the changing levels within a budget and create something functional as well as pleasing to the eye. 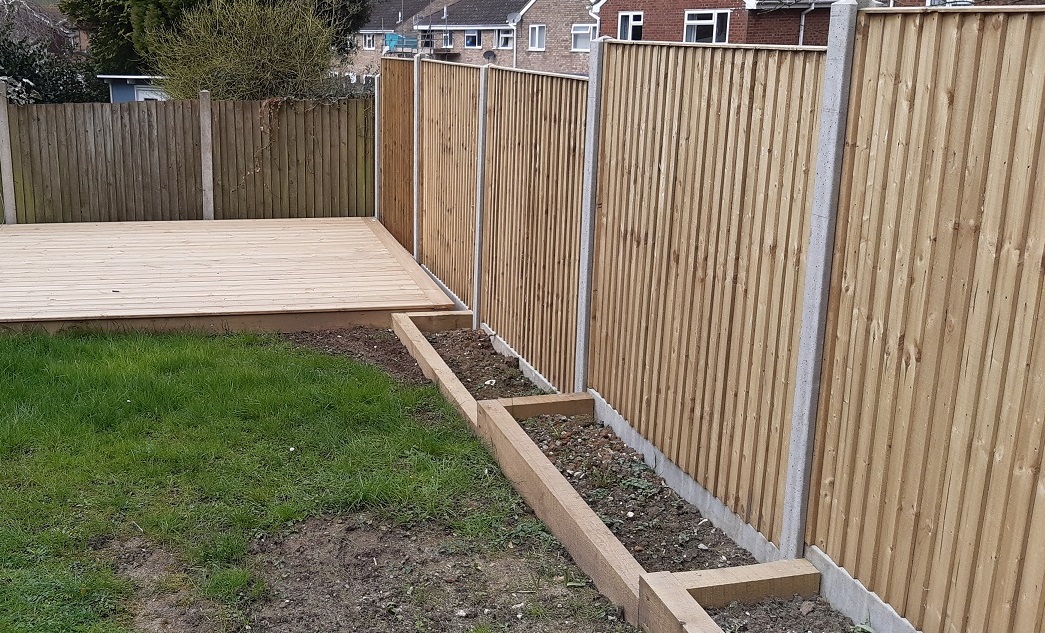 The first job was to pull out the old arris rail close-board fencing and wooden posts and replace it with heavy duty close-board panels with concrete posts and gravel boards.

The bottom of the garden was covered with decking and a set of terraced raised beds using sleepers was created running from the decking in front of the fence to give some additional planting space.

We cut into the slope at the top of the garden and built a seating area using pressure treated sleepers.

The raised bed behind the seat provides another planting area which, once planted, will help to soften the corner.

A sleeper wall replaced the falling-down breeze blocks to retain the earth from the neighbouring property and two small areas of patio created a storage area in the awkward space beside the house and an alternative place to put a table and chairs next to the seating area.

Two months later the clients have planted up the bed behind the seating area.