This new summerhouse in a back garden in Bearsted looked great but the installation had meant removing all the existing planting in that corner of the garden.

What remained was uneven ground, banked up earth at the back of the summerhouse and no defined areas to plant up.

The first task was to level the ground and make a path of Cotswold buff stones around the building.

Two raised beds were made from treated sleepers. More sleepers were used between the raised beds to create a step down between them to safely access the summerhouse doors and the path. 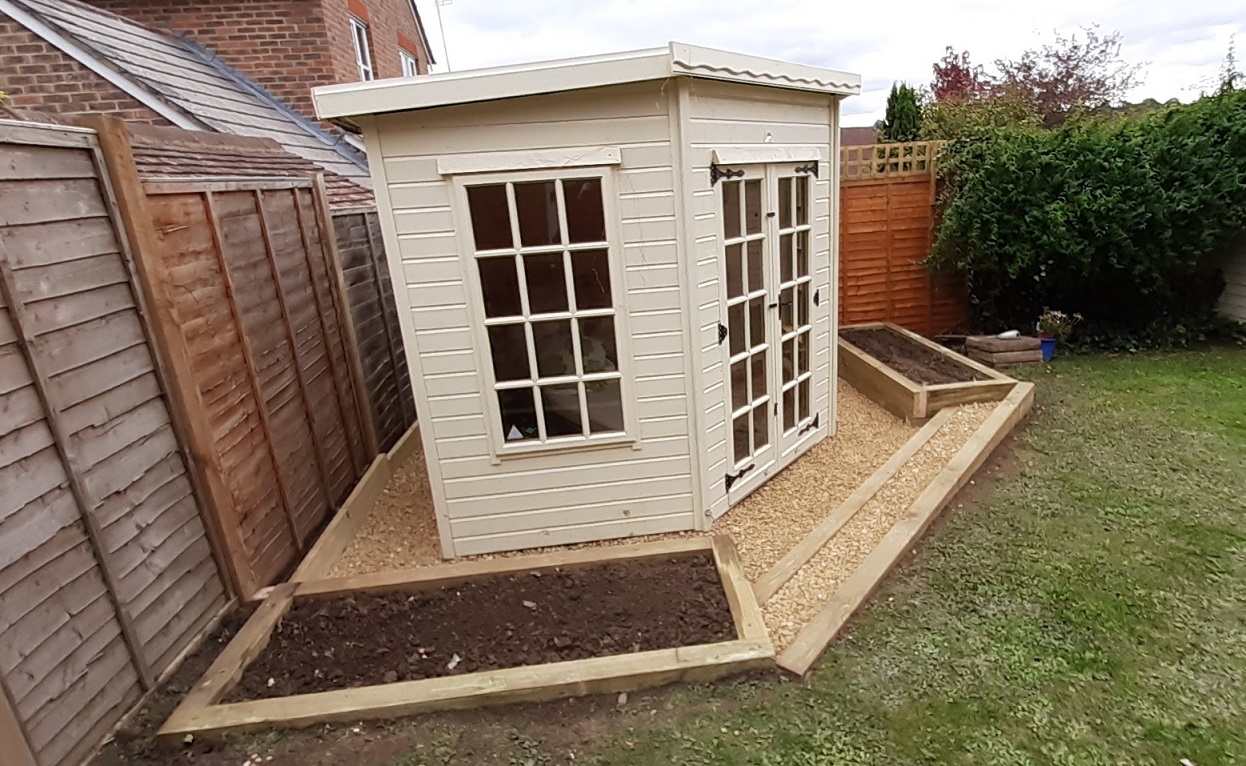 The finished scheme really shows off the building to its full effect.

In due course the raised beds will be planted up with fragrant and colourful plants which will further enhance the customer's enjoyment of the new summerhouse.