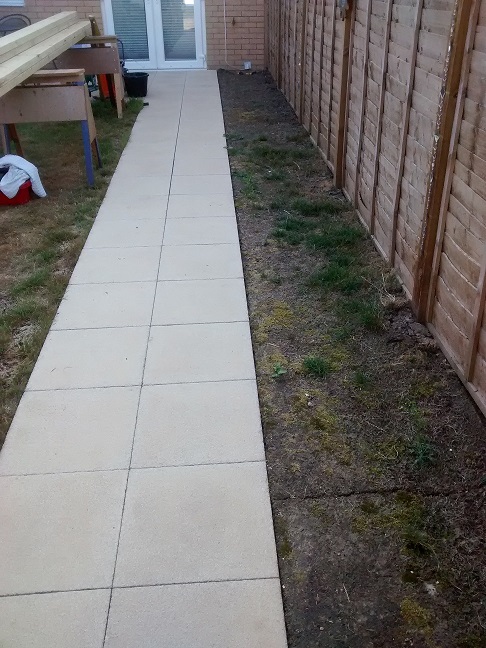 This new-build back garden in Maidstone had an unusable thin strip of dying turf to one side of a path.

The garden was small and featureless and needed something to add interest as well as a place to plant some small flowers and shrubs.

With new-builds there is often a distinct lack of good soil and this turf is clearly not thriving on whatever is underneath. It is often necessary to bring in a few tonnes of quality soil and a cost-effective way to do this is by installing some raised beds.

We designed three raised beds to fill the gap each one rising in height away from the back door. They were built from 2" thick treated timbers and the tops fitted with 4" wide capping timbers mitred at the corners to give them a neat finish. They were filled with a mixture of topsoil and well-rotted compost ready for planting. 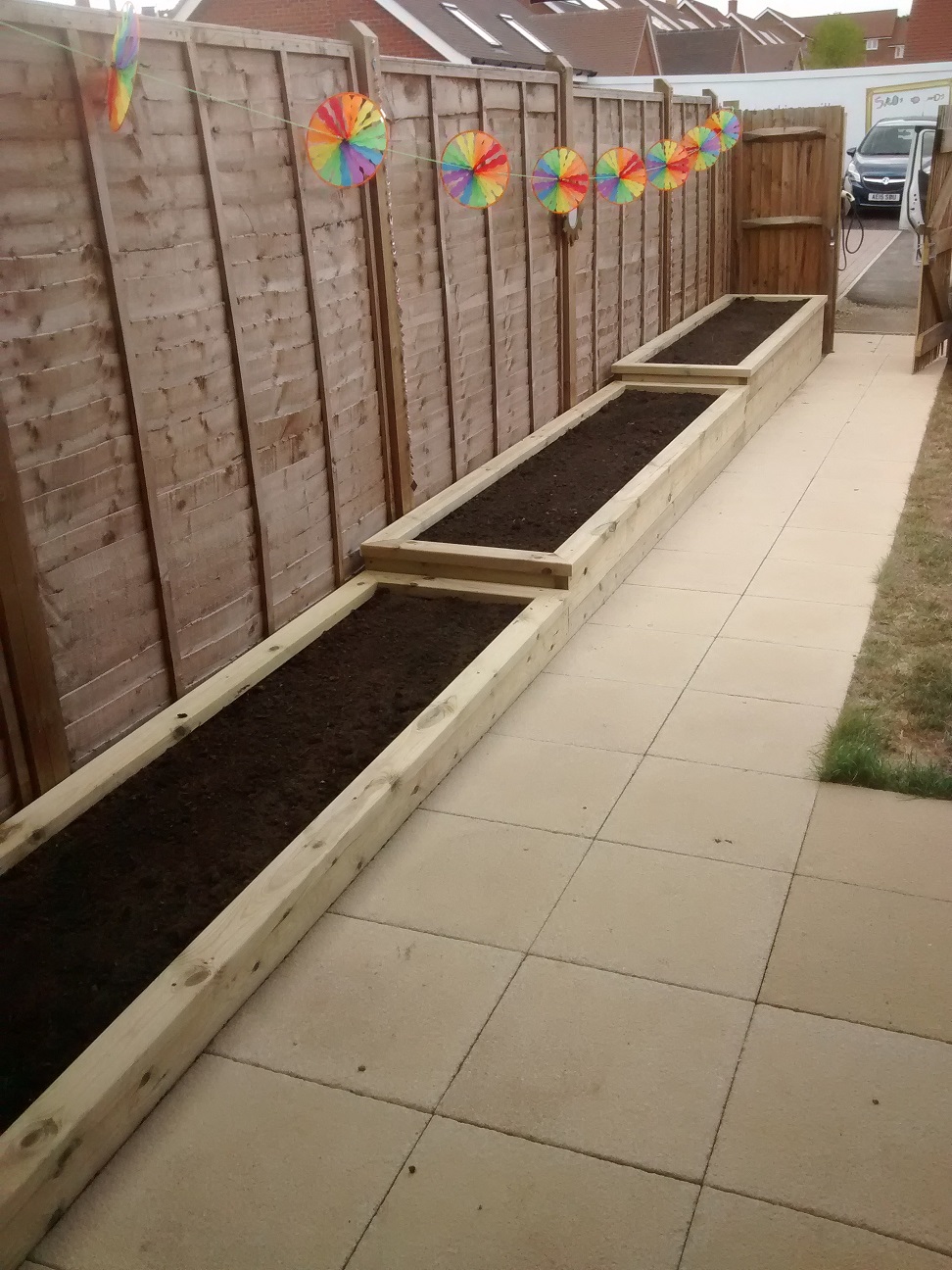 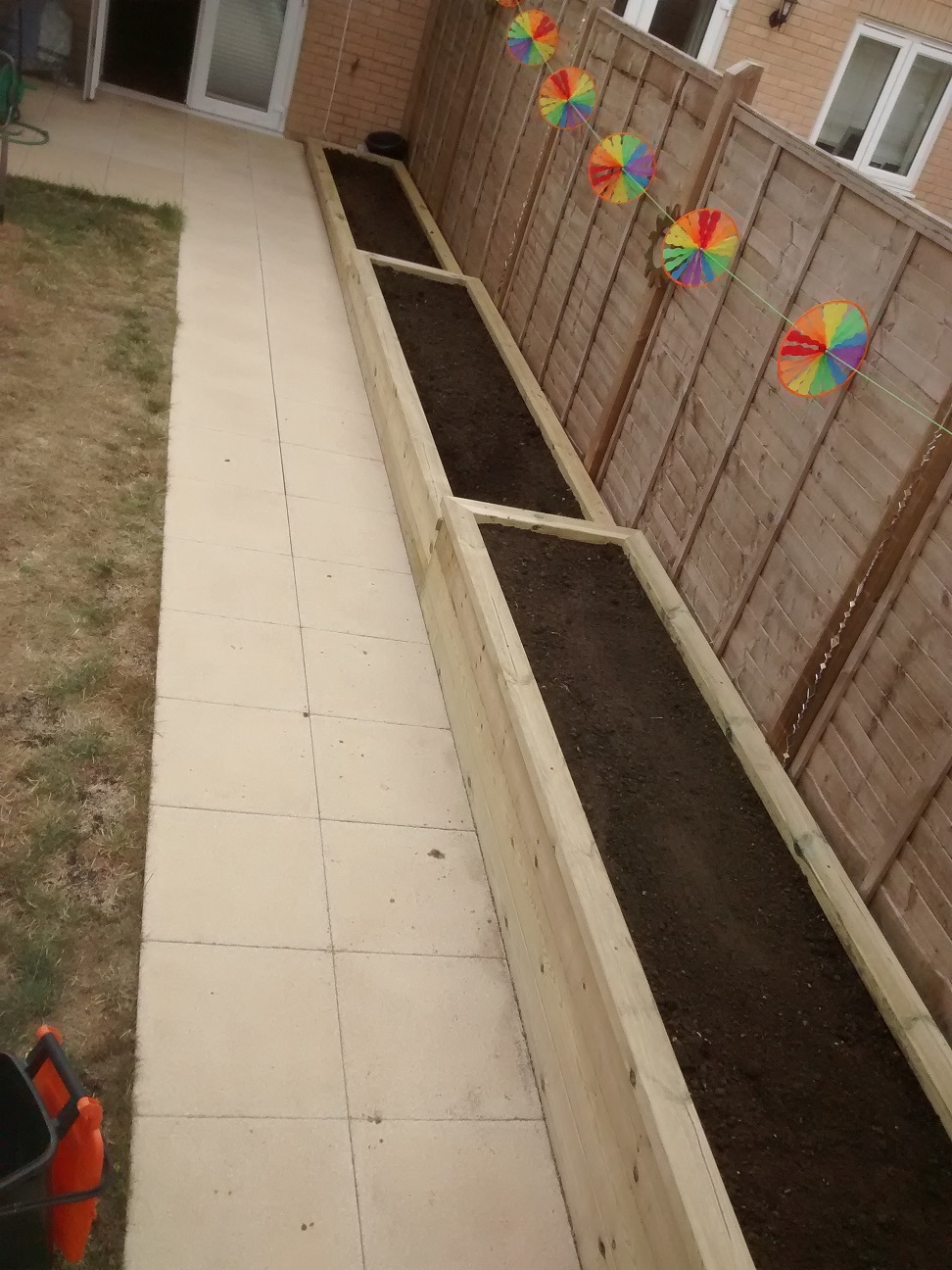 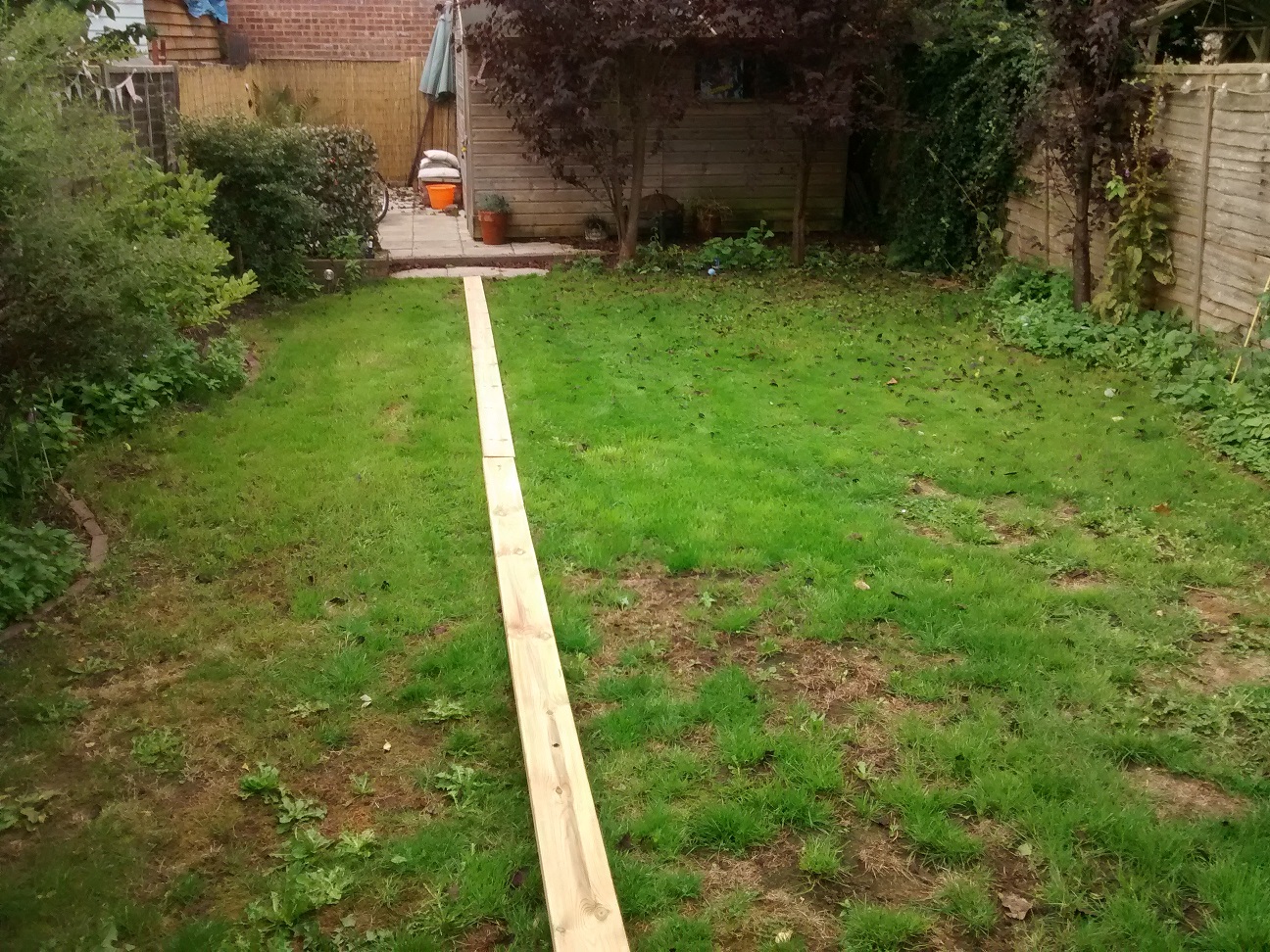 This back garden in Barming was struggling with patchy grass and a brick outlined wavy border overrun with weeds.

The customer wanted a solution which would give clearly-defined areas to plant up but which would also not become weed-infested.

Two large raised beds with mitred capping timber were installed with gravel paths around them.

This solution took the plants away from the fence-line where the weeds were coming in and created two good sized areas that can be planted and easily maintained.